Perfecting the Drumstick, Food and Nutrition 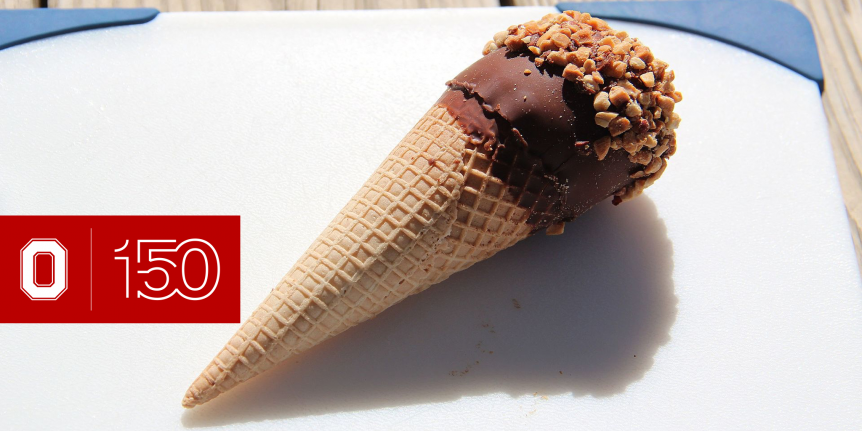 The ice cream drumstick was invented by brothers I.C. and J.T. (Stubby) Parker of the Drumstick Company of Fort Worth, Texas, in 1928.  The Parkers wanted to provide prepackaged ice cream cones but found that the cones became too soggy before they could be shipped to sellers.  To solve their problem, they reached out to Ohio State food scientists who quickly came up with the idea of coating the cone in chocolate – and the drumstick (so named because someone thought it looked like a fried chicken leg) was born. Subsequent innovations included adding the chocolate to the inside rather than the outside of the cone.  Although Ohio State was not paid for the original work on the drumstick, Tom Parker, Stubby’s son and I.C.’s nephew became a longtime supporter of the university.  The Parker Food Science and Technology Building is named in the family’s honor.